George Ndauti Kabuba is a business man who has managed to develop his shoe making initiative over the years with the help of financial services from Eclof Kenya, a partner to Soluti Finance East Africa. He lives and works in Makogeni a small village town in Thika, Kenya. George joined Eclof kenya in 2006 together with his group-mates. He recalls that before he started accessing loans from Eclof kenya, he had never really thought that his business could expand and make as many supplies as he cureently does. All he concentrated on back then was repairing shoes for people on his village. His income was very low yet his family entirely depended on him as the bread winner. 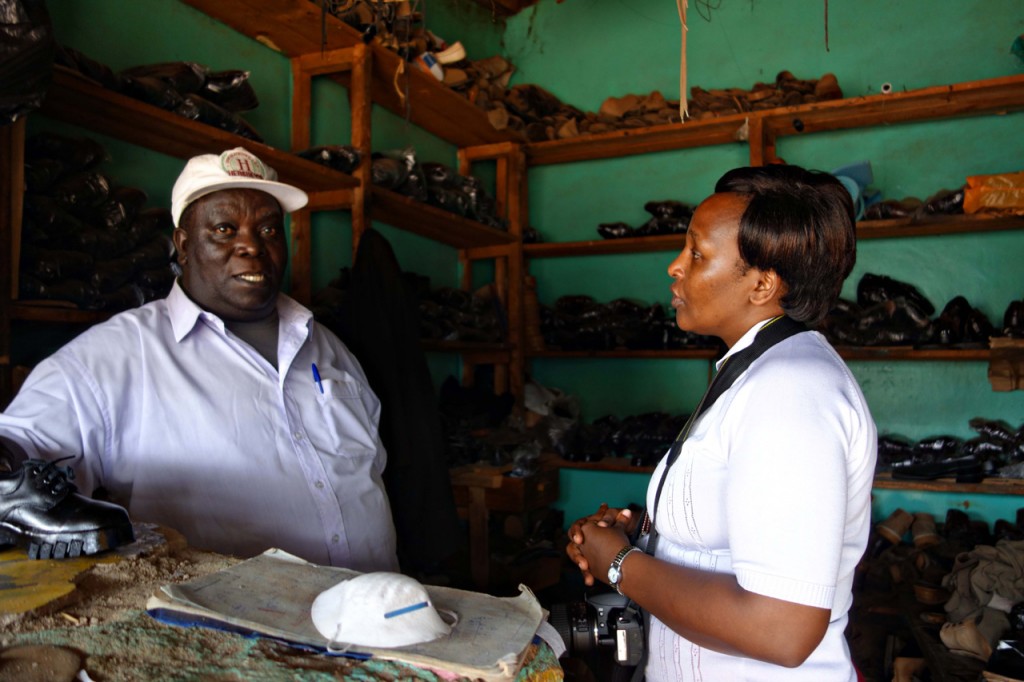 George came to learn about shoemaking and repairs through a brief training from his relative. But he got more interested and decided to study different patterns of shoes. At first he would just follow patterns and replicate the same shoes. This he did with a borrowed machine that he had secured for six months. As he got more popular and his products sought after more, he realized that he needed more capital to expand his workshop, buy his own machines and probably employ more staff so they could be able to meet the ever increasing demand.

A friend introduced George to Eclof Kenya and soon after they received some training from the Eclof Kenya officer in charge of the region before being recruited as a group into the Eclof system. In this training, they received tips on how to manage their businesses, how to save and ensure good loan servicing. George says that this training truly helped him get a broader perspective on business management and eventually how to grow his business. He started out with a loan of Kshs 20,000 and so far he has taken 9 loans with the current one being the largest at Kshs 200,000.

“Having access to these financial services has not only helped my business grow, but it has also greatly improved the quality of my life and that of my family,” he said. 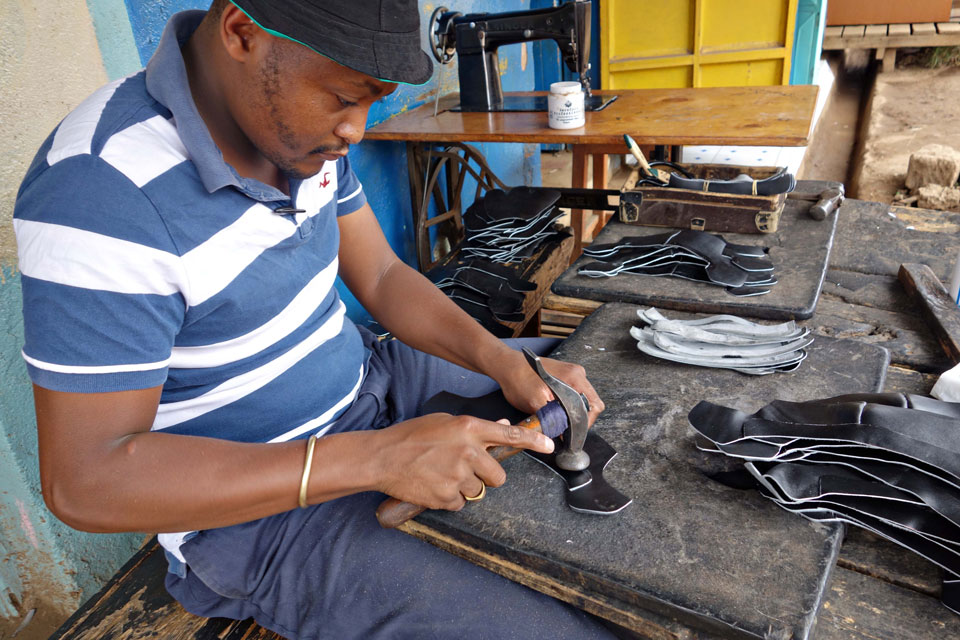 George has 3 children, two of whom have been able to complete their secondary school and one still in secondary school. He has supported them through school because of his stable income. His small workshop now has 4 staff whom he employs and also trains in shoe making.  On a regular basis, George gets about 3 school orders for shoes for school going children. He also supplies some supermarkets and nearby shoe selling shops in his town area of Makogeni. Being truly business oriented, George makes shoes that can fit a variety of income grades. He has those that can suit the high income earners but also carters for the low income group. In our general observation, all his prices are quite affordable. Prices range between Kshs 500 to kshs 1,200. 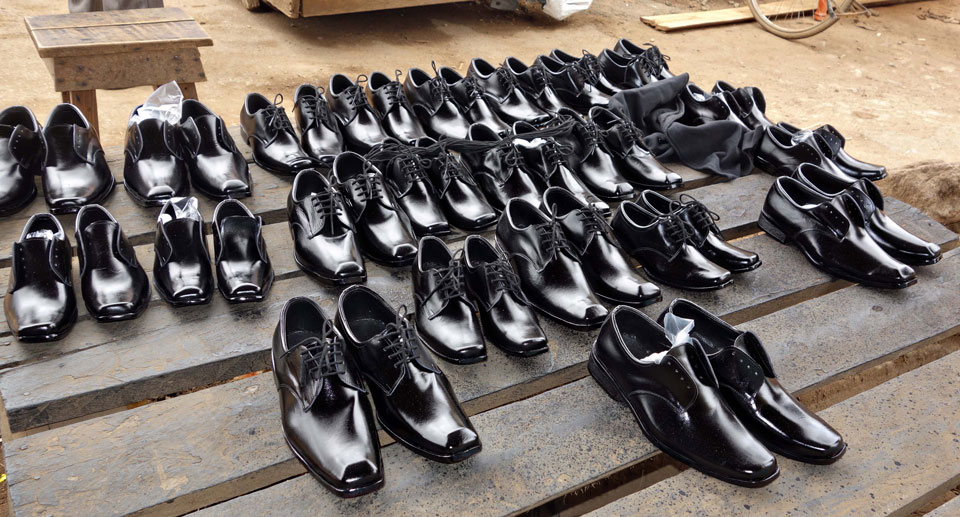 Some of the shoes made by George’s shop

When asked about his challenges, George shared that quality control and marketing are some of his major struggles. He is still trying to come up with a proper quality control system so that his staff can also follow through easily. He also shared that this would help him expand even into other counties within Kenya.